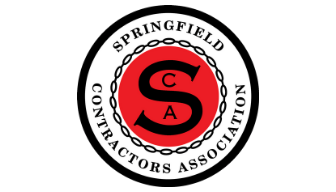 The regular meeting of the Board of Directors of Springfield Contractors Association was called to order by President Dianna Devore on October 17, 2018, at the SCA Building.

The Treasurer’s Report was presented to the Board. We started with $83,641. took in $21,265 and paid out $18,730 for an ending balance of $86,176. The official quarterly report for the Scholarship Endowment fund will be presented next month. The endowment fund has increased from $86,549 to approximately $88,000. The money market had an increase of $45 for a current balance of $85,005. We recognize $232,476 in income to date, we have expended $150,302 before depreciation leaving an excess of receipts over disbursements by $82,174. We are entering the time of year where we will have more expenditures than income.

A MOTION WAS MADE TO APPROVE THE TREASURER’S REPORT AND REPORT RECOMMENDATION. THE MOTION PASSED UNANIMOUSLY.

Megan gave a Director’s Report. The Skeet Shoot broke records for attendance and sponsorships. A full financial report will be given in November. The Salute Lifetime Achievement Award winners have been selected as well as the SCA Developer of the Year. The SCA Design Team of the Year has been narrowed down to three finalists, which will be toured next week. Discussion was presented to change the General Membership Meeting pricing to $20 for all meetings instead of a rotating structure with a $5 increase the day of the event (price structure will mirror the Pig Roast structure). Discussion was also presented for pushing the breakfast back to begin at 7:30 a.m. instead of 7 a.m. No objections were given to pushing the September General Membership meeting and Chicken BBQ back to the week following Labor Day. Quarterly meetings will be added for new and current members to learn about the SCA and benefits of being a member. A full calendar of events and sponsorship opportunities will be sent to members with membership dues along with membership information and other information about the SCA.

Vice President Rick Quint presented a nomination slate for the 2019 Board Officers:

A MOTION WAS MADE TO APPROVE THE SLATE AS IS. THE MOTION PASSED UNANIMOUSLY.

The AIA/Government Liaison Committee met on September 27th. Greene County reported they have the budget set for the jail, but there is no design yet. Residential is still down. A survey was sent for feedback on the 2018 code adoptions, but there wasn’t very much feedback given. Harlan’s office has seven openings. If all seven positions are filled, BDS will be back to the staff levels they had twenty years ago. The County also reported the Kansas Expressway Extension has received approval from the EPA, so they can now continue with planning. They are pushing the project back to later in 2019 to work on other projects. MoDOT gave updates and information on Prop D. CU reported there is a new head of contract inspections. Permit numbers are above average at the City, but they take 4-5 days to get through the system due to low staff. Permit software was rolled out in October. The system will lock if you haven’t completed certain steps. It is taking longer to get projects through. Multiple re-reviews are taking longer. The Board discussed partnering with AIA to send a letter to BDS about the staffing issues but put it on hold until we can determine if it will help or do more harm.

An update was given on the OTC Liaison Committee. At this time, OTC has requested to join the AIA/Government Liaison Committee in lieu of a quarterly meeting. At the AIA/GOV meeting, OTC reported they are working on an Agricultural Training Center at the Richland location with Crossland as the GC. In November they will be working on the Republic location design. It will look like the Waynesville location. They are in the RFQ stage for the Center for Advanced Manufacturing Design Team.

The CU Liaison Committee did not meet this month.

Generation reported the year is wrapping up. They will help with SCA’s Christmas Party setup and breakdown the following Monday.

The R-XII Liaison Committee met on October 11th. The committee discussed the task force and project recommendations as new vs. renovation. There is a focus on the northside. Renovations are like Fremont – a gut and rebuild concept. They will also add secure entrances at all schools. SPS created a “Friends of SPS” advocacy group. The group will take November off and meet again in December.

The Workforce Development Committee met on September 25th. Discussion included types of hands on activities that could be used. Suggestions include carpet tiles, coasters, screw guns, welding simulator, and rebar tying. The committee discussed putting everything in a trailer that could easily be picked up by any member. An update was given on the Glendale event: Kids like hearing the variety of jobs, money available, and limited to no school required.

Discussion was presented to officially endorse Proposition D. No financial contributions will be made.

A MOTION WAS MADE TO APPROVE THE ENDORSEMENT. THE MOTION PASSED UNANIMOUSLY.